Philips planned to release 'Namco Compilation' on CD-i, but Namco renamed it to 'Arcade Classics' 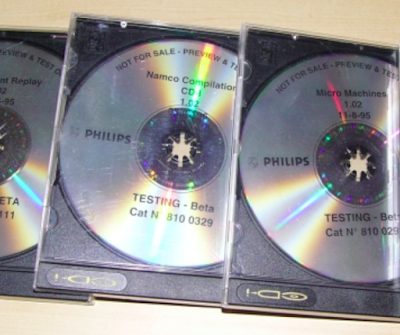 These CD-i testing discs reveal a small detail that we've heard before from Johnny who worked at Philips ADS at the time Philips worked on its own CD-i titles in Redhill (1995-1997). It's the first physical proof of a statement in the past: Arcade Classics CD-i was originally called "Namco Compilation". Arcade Classics was a name introduced by Namco near the end of the development process after Philips send in their demo to Namco to get their approval. Just as with the Nintendo games on CD-i, Namco was very strict to keep the output quality high and had specific rules to keep the Namco heritage family-friendly. The Philips game was originally called "Namco Compilation" instead of "Arcade Classics". In the final moments, Johnny created a suggestive Arcade Classics cover which again got attention by Namco. The final CD-i cover is a Namco product by name and by graphics. Of course you can see that on the back cover of the boxart: The game is specifically published by Namco Ltd and only distributed by Philips Media, while the game itself is ported from the ground up by Philips! 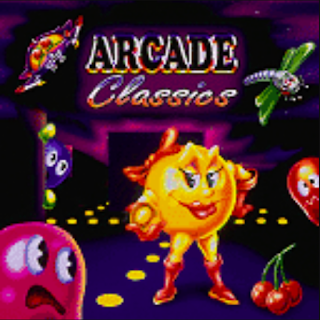 The naming of Arcade Classics is an interesting process as there are a lot of compilations by Namco available on many formats, most of them named "Namco Collection" or "Namco Museum". 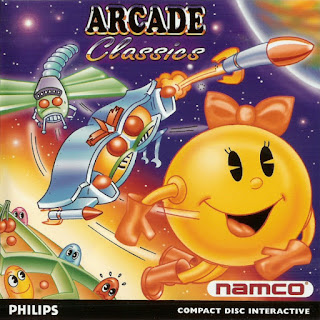 [Thanks, Johnny and the Philips ADS crew]