Philips presented its final MSX2 computer as the first link between their audio and video concepts, plus being able to connect to CD-i 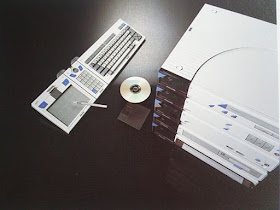 New Media Systems was a department within Philips that was responsible for the development of the MSX line of computers. Philips was previously active in MSX as well, and CD-i was for New Media Systems a follow-up to the MSX standard. To guarantee acceptance in the market, Philips came up with a concept to link both MSX2 and CD-i together. In the end we only know of some talk and rumours about this, but this picture shows a bit more concrete what Philips was planning to do (but never materialized, we still believe. New Media Systems was at a later point in time transformed into Philips Media Systems. 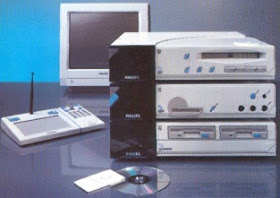 The picture above we recognize as the original CD-i 180 stack, made by Kyocera. This first modular CD-i approach used the same design as we see in the MSX-CD-i combination of the top picture.


What kind of elements could be present in the large stack at the top? There is clearly stating CD-i on the CD player, no doubt about that. It looks like a printer and an amplifier. This would be in line knowing that Philips showed here a concept to combine both audio and video tech together.
The picture on the top originates from the 'House of the Future', in dutch well-known as the "Huis van de Toekomst" that was built near the Autotron in the dutch village Rosmalen. 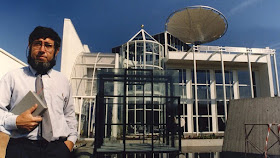 This House of the Future was designed by Chriet Titulaer, a famous Dutch atronomer. All kinds of high tech was present in this house including various CD-i systems.

"For its release, Philips presented the VG-8235 as the first link of their audio-video-micro concept, being able to use the newly announced CD-i system, but few VG-8235 were ever actually seen connected to a CD-i."

The controlpad is combined with a numeric board here and a full keyboard is also part of the combination, something that we haven't seen in the CD-i version. 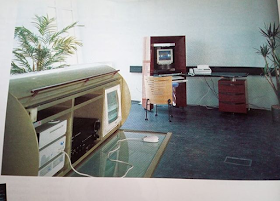 Jorg Kennis: "I've seen this picture before, but I think it is nothing more than concept art. In real life I've never seen a product like this that comes close to a link between MSX and CD-i.It is remarkable that the MMC module (The CD-i 181) has input ports shaped like MSX connectors that were used for the pointing devices, instead of the CD-i mini DIN ports that we know from the CD-i standard.


The VG8235 computer was actually a standard MSX2 computer. There was a CD-ROM extension cartridge for this, but we still have to research more on this" 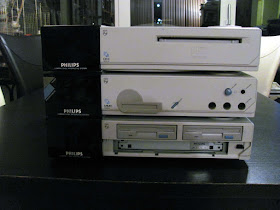