1994-1995: The heydays of yearly overviews on a CD-i disc, with different local versions and all enhanced with full motion video material 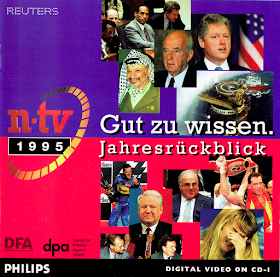 Thanks to CD-i member Seventy7 we have a cover of the German CD-i exclusive 'n-tv - Gut zu wissen / Jahresruckblick 1995' which highlighted the most important news of that year on a single video disc. This was a local German release. In fact, there are quite some different versions of these kind of 'Yearly news overview cd-i discs'. In The Netherlands, we had 'Dit was 1995' on CD-i, which was the second volume of this series. It was also programmed by The Lost Boys, just like this German version. It would not surprise me if the software engine shows similarities. These kind of year-overview disc started in 1994, probably as Full Motion Video was available. Let's have a look  at a few different versions: First, the dutch one from 1995: 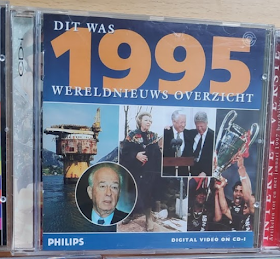 The Dutch version was more like a Video CD, showing the news of 1995. The French version (below) however was more enhanced with some kind of news quiz and also including a second disc with the CD-i game 'Le Jeu des Stars l'Info'. 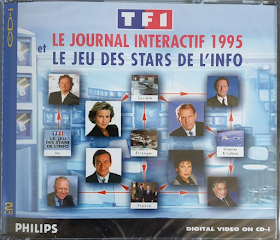 In UK, there was only one version released in 1995: All the News and Views presented the news in digital video but also in some kind of trivia game: 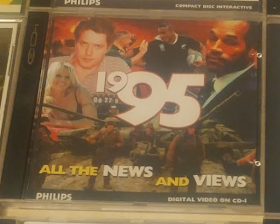 While both the Dutch and French versions started in 1994 and more appeared in 1995, the first one compatible with CD-i was a Photo CD about News Journalism in 1992, published by XDRA: (With thanks to Blazers who has a copy of this disc) 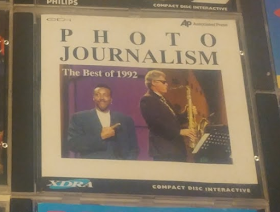