In 1995, LG/Goldstar released the portable GPi-1200M CD-i player, including all the facilities of the larger CD-i players like Digital Video and a replaceable Timekeeper battery 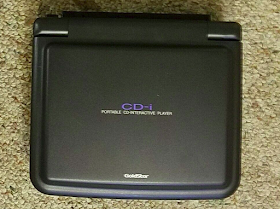 The Goldstar GPI1200-M is a rare portable CD-i player by LG. The prolonged and somewhat uneasy genesis of DVD has tended to overshadow the steady development of CDi (CD interactive) as a convenient, low-cost disc-based medium for moving video and sound in the late Nineties. Although CDi was going difficulty competing with DVD as a carrier for feature-length movies, it found a useful niche as a training and presentation tool, which was precisely the application Philips targeted with their CDi-370 laptop player. In 1995 Goldstar have weighed in with the GPi-1200 portable CDi player. It has all of the facilities of it’s grown-up cousins, including full-motion video playback, CD quality audio plus a set of interactive controls. 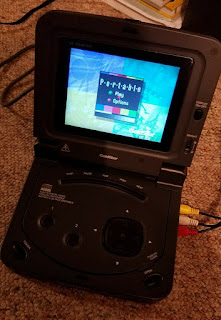 The key to its portability is a fold-up 5.5-inch LCD colour screen and re-chargeable battery pack. It can be used anywhere, though it also has video (composite and S-Video) and audio outputs, for connection to both PAL and NTSC televisions or monitors. The player can handle a variety of other formats besides CD-i, including CD-DA, CD+Graphics, Photo CD, CD-i Digital Video and Video CD, moreover it supports standard CD-i pointing devices, keyboards and it can be connected to a PC via a serial interface port. The controls are grouped together on top of the disc cover; in addition to the normal transport keys there’s a simple cursor control and two function buttons. 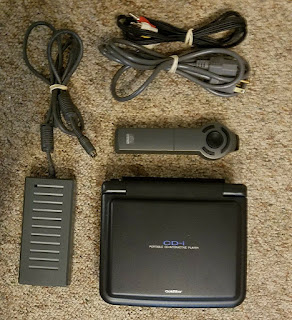 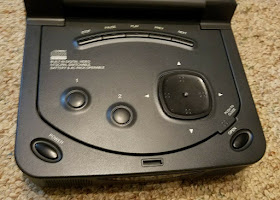 In spite of the limited resolution and viewing angle of the LCD screen the picture is surprisingly good, it’s particularly effective with coloured graphics, and the screen is large enough to be seen by two or three people at once. Moving video is fairly smooth, rapid movement or complex shapes throws up a few digital artefacts and these tend to be exaggerated by the LCD, but on a normal TV screen picture quality is comparable with a mains-powered deck. The built-in stereo speakers are rather tinny, and not terribly loud, but they’re fine for speech. To hear it properly the sound needs to be piped through a TV or hi-fi system. 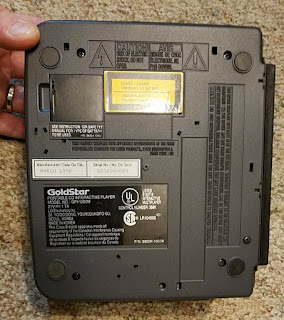 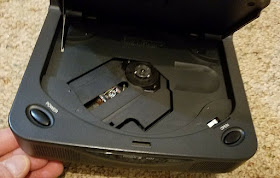 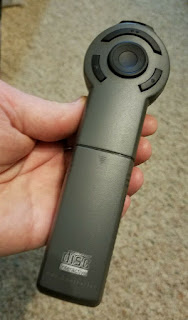 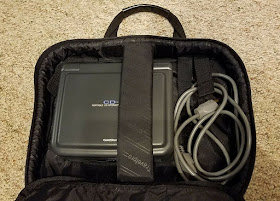 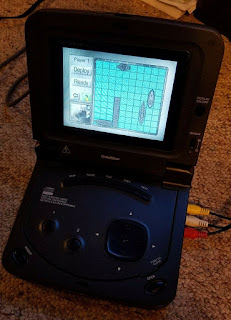