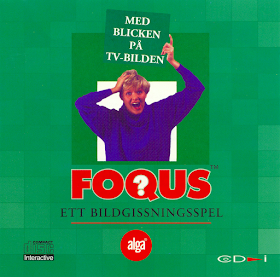 You might not have noticed (that's why we do) - Recently the Swedish CD-i exclusive 'Foqus' was uploaded by CD-i member Seventy7. Foqus is another Swedish exclusive CD-i game by Alga, who also produced the Scrabble clone 'Alfapet'. It is a 'slide show' game, where you have to uncover all kinds of photos and be faster than your opponents. This game is a multiplayer game, the pictures will show up in a raster and squares disappear one by one, it is a fun little game to play with each other. Alga would have reached a far wider public if there was an English option in it, so other countries could have imported this one. It was only until 2004 before CD-i member Devin (from our parent workhorse 'The Black Moon Project') uncovered it existence for the first time online. 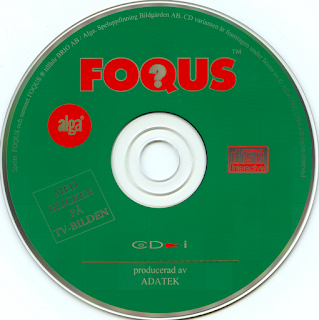 Thanks to CD-i member Seventy7 we have a high res version of the cover, far better than we could do it ourselves :) 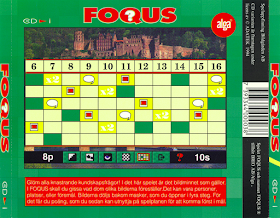 Interesting, when we compare this version to our own version: 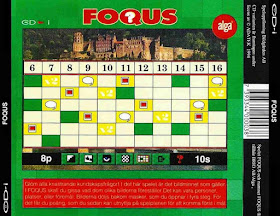 As you can see, the side barriers are suddenly black, while the rest is obviously the same. Would that mean this game has seen two runs? Two batches? Did they change their mind about the readability? (we love little trivia facts like that)
[Thanks, Seventy7]