This is a prototype of 'Gardening 2: Fruits & Vegetables' on CD-i, which was the unreleased follow-up to 'Gardening by Choice: Flowers & Foliage' on CD-i 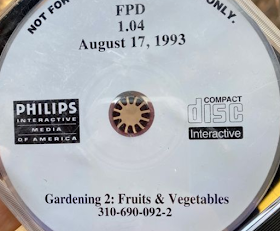 Recently I was contacted by a former employee of Philips InfoVision. InfoVision was a USA software development group who developed some early CD-i reference titles, including 'The Flowers of Robbert Mapplethorpe', 'How to Photograph Nature' and 'A National Parks Tour'. Their titles were often based on a specific theme, a specific person or it was a licensing deal with a publisher to create digital interactive versions of existing books. At the time PIMA started to lay off production, there were a few CD-i projects still running which in the end were cancelled. One of them was the follow-up to the project 'Gardening by Choice: Flowers & Foliage' from 1992. 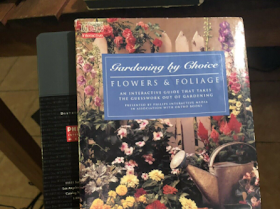 In the early years of CD-i, Philips InfoVision created 'Gardening by Choice: Flowers & Foliage' in association with Ortho Books, which is a USA publisher of gardening reference books. This title was released in 1992. One year later, Philips InfoVision created a follow-up, based on a different book and topic: Fruits & Vegetables. We recently found a prototype which confirms this title was actually completed. The title was 'Gardening 2: Fruits & Vegetables' and it even had a catalogue number in USA: 310-690-092-2. This prototype disc is dated August 17, 1993 and it was the 5th test disc (version 1.04). More info when it develops. 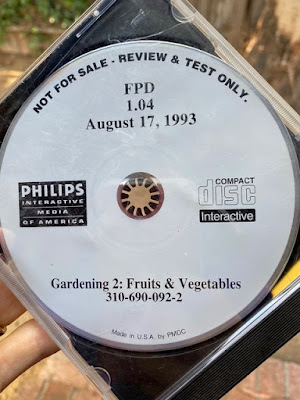 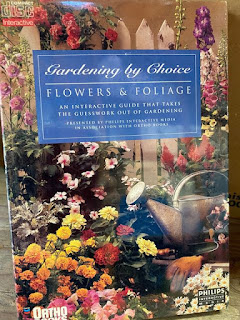