This unique concept art from CD-i titles like Othello and CD Shoot, as well as source code tapes of Tim & Bear and Tatjana, are now included in the CD-i Collection of the Home Computer Museum 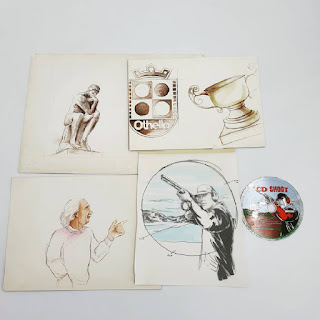 With thanks to the efforts of Bart from the Home Computer Museum in Helmond and Wim as a former CD-i developer at Codim in Eindhoven, the CD-i collection in the museum just got a bit bigger thanks to an impressive donation: Including original source data tapes of CD-i titles and concept art of games including Othello and CD Shoot - a proferssional CD-i 615 player and a lot of newspaper articles that included CD-i. Bart: "Wim used to be the managing director of Codim, world's third CD-i production studio based in Eindhoven. We received all his stuff from Codim, back when they were making awesome CD-i-titles. This donation included the very nice Philips CDI 615 professional CD-i-player and development system, a Philips CDI 450 and a Philips CDI 205. However, much more interesting can be found." 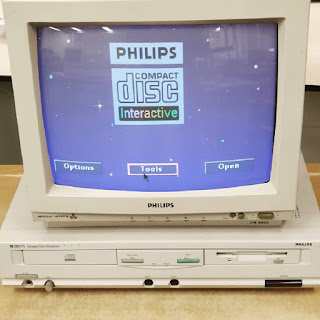 Bart continues: "We received all original source codes on tape. From games like Tim and Bear but also a tape that says 'Backup Tatjana'. Most Dutch people will instantly know what we have here

. We received handmade artwork and drawings for CD-i-software and CD-labels and -books (a very small selection is on the photos). Also the original photos used to make a flyer for Codim, back then all done by drawing and cutting paper." 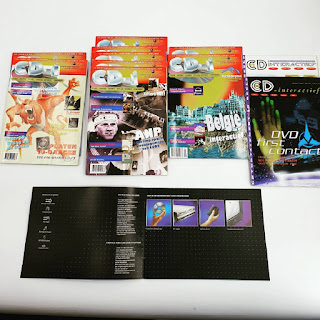 "Also included were several CD-i-magazines and a huge package of cutouts from newspapers and random magazines that mention CD-i. This is a few months work to digitize, but we will make sure this won't get lost! Best of all, Wim will write down his story about CD-i, why he think it failed from a software perspective and will share that. He was there at the very early stages. We will obviously add that to our website for everybody to enjoy and read. Together with Jorg Kennis' amazing CD-i-collection which is also on display at the museum, we now definitely have the most complete CD-i-collection in the world with very unique items!" 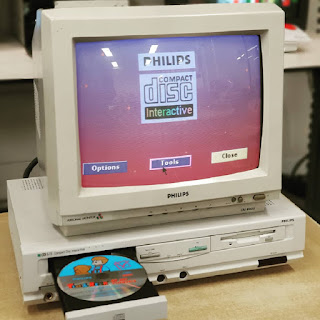