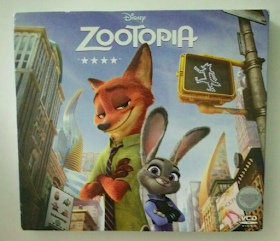 It was surprising to see Video CD remained so popular for long after the CD-i era was over, even when DVD and even Blu-Ray were on the market. Especially in regions like Hong Kong and Turkey, several publishers kept on releasing their movies on an official Video CD. This has probably something to do with costs (pressing and format licensees). However, in 2021 there are still a few obscure VCD publishers left (mainly shovelware and cheap productions), but big publishers like Disney stopped pressing VCD's around 2016. In fact, Zootropolis (Zootopia outside UK) was the final VCD release by Disney. The ones after this movie (starting with Vaiana) did not get a VCD anywhere in the world. It marked the end of a long era of Video CD's that were still compatible on your CD-i player. It feels weird that Video CD's in 2016 were perfectly playable on CD-i, a format that was over about 20 years back.
Cdifan about this: "This is apparently a "fully" standard VCD, which includes the mandatory CD-i application on the disc. Philips earns rights for this, and I think there are VCD discs out there (esp. the home-grown variety) that do not include the CD-i application and thus will not play on a CD-i player..."
[Thanks, Jorne]
Bas op 6:38 AM
Share