These 'interactive light plans' of the metro maps in Paris, France, were based on CD-i technology 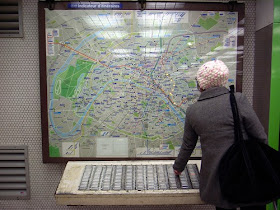 Interesting details from 'International Conference on Public Transport Electronic Systems', published in 1996 on page 87 – 89 it is mentioned that the Interactive Light Plans in 12 metro stations in Paris, France, were all based on CD-i technology. An excerpt is taken over by Wikipedia: "The illuminated route plans, abbreviated by the acronym PILI, are metro maps displayed in certain stations, which have the particularity of allowing travelers to plot routes from the station where they are, thanks to a keypad equipped with '' a button for each destination: the device then lights a series of small bulbs on the map, one for each station crossed, in order to indicate the fastest route to follow. The interactive light plan or PLI succeeded PILI in the 1990s. It uses the multimedia resources of the CD-i, which, unlike its predecessor, makes it possible to update it in the event of an extension or modification of the network. Consisting of a touch screen for entering information by users, and light-emitting diodes on a paper map for displaying routes, it was installed in twenty stations in 1996." 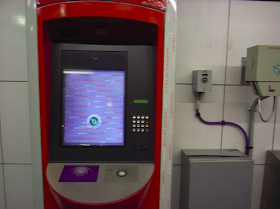