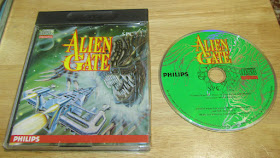 A few weeks back we showed you the physical update of Alien Gate and the fact that the first version of Alien Gate on CD-i would not go beyond level 5 on certain players due to some software bugs. CD-i member Olivier showed us another interesting fact that we did not know: The first version of the disc was actually a lot more prettier with the face of the evil printed on the back. Our copy of Alien Gate was printed on a plain green disc, just like the most of them. Philips offered to exchange the first version with a new (plain green) one, so the ones with the evil face on the back are pretty rare (and unfortunately you won't be able to complete the game on the newer CD-i players (4xx). But it looks strange why Philips did not use the same lay-out of the disc anymore. 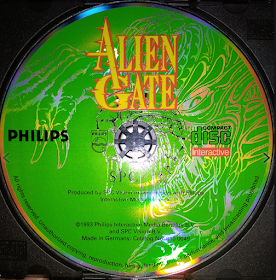 Let's look at the newer versions. Below, you'll see the newer European version which was used in the jewelcase version as well as in the original longbox version. 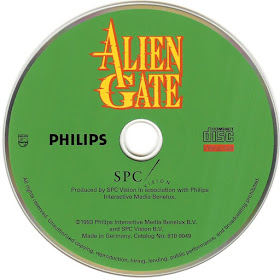 Below you will find the USA version, which was only available in the jewelcase version with a slipcase. It was only pressed in the plain green version. There was no faulty first version released in USA (the releasedates were not the same) 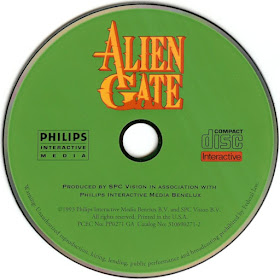