The look-a-likes 'LG GDI-700M' and 'DVS VE-200' seen from different angles; aimed at the professional market but now sought after CD-i players in the CD-i Community

This DVS VE-200 CD-i console was originally aimed at the professional CD-i market and it was a licensed model of the LG GDI 7000 CD-i player with a slightly different front panel. CD-i member Orlando Arroyo showed us the differences of these players and even a Goldstar branded version of this great CD-i player. There's one overlooked detail that we think is interesting to inspect: The DVS VE-200 CD-i player is the only tabletop CD-i player (next to the portable CD-i players) that actually have a built-in controller. Together with its brother of course, the LG GDI S710.

All controller functions are positioned on the front panel: The directional pad on the right lets you move around the cursor and the action buttons 1 and 2 are also placed on the front cover. This means that in professional applications, it was possible to connect this player to a screen and control everything right from the player, without the need to connect a separate CD-i pointing device. We don't see this feature on the LG or Goldstar model, and we think there is an extra PCB board inside. We would love to understand how this was built in and how it was connected! 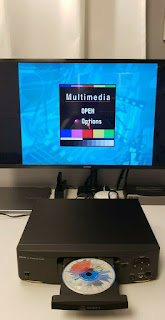 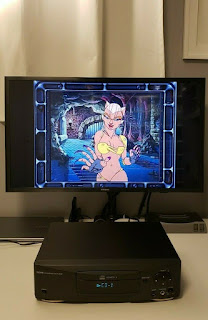 Next to the LG GDI S710, LG also released the GDI-700m. They are look-a-likes but the design is a bit different and there are n control buttons on the front panel. LG was, next to Philips, the company that was most active in the world of CD-i. There are different types of LG CD-i players, and even the portable Philips CD-i 370 player was a licensed LG model. This GDI-700m CD-i model is a loved one in the CD-i Community because of its design and looks. It features a headphone jack on the front and play buttons to use a Audio CD without turning on the TV. All the GDI-700m models have a printer and modem port on the back, which indicates these models were primarily used in professional areas. I don't recall these models being sold to consumers.

But the GDI-700m was actually released in two versions: The LG GDI-700m and the Goldstar GDI-700m. This Goldstar version is actually still missing in the ICDIA table! Goldstar is of course a LG brand which they used somewhere halfway the Nineties, so there are Goldstar CD-i players like the GDI-1000 (also known as the GDI-700) and the GPI-1200 (The GPI-1200 is actually the model which the CD-i 370 was based on). Under the LG brand they released the GDI-S710 (which is exactly the same model as the DVS CD-i player and the Knowlogy CD-i player. But this GDI-700m was released somewhere between the transition between Goldstar and LG, as we've seen both a Goldstar version and a LG version. The Goldstar version, however, is far more rare, and we have not seen it often before. 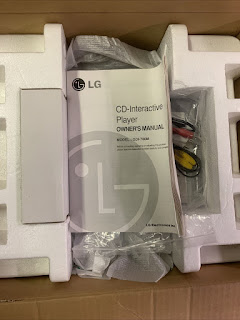